Skip to content
Home Materials and Gear waterproof gloves, anyone? 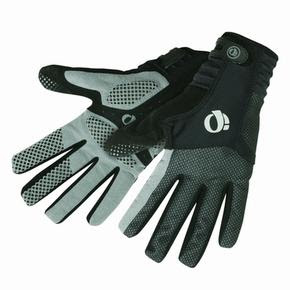 Back in February, the universe conspired to help me get rid of two old pairs of gloves that had way outlived their usefulness but that I couldn’t quite get rid of. (If there’s anything I hate, it’s buying new stuff.)

First, I dropped one of my gloves somewhere in downtown Portland on a cold, wet night after seeing James’ film. It was probably better that I lost it, because not too long before, my piano teacher’s dog had chewed the middle finger off of it, which, needless to say, substantially decreased its warmth.

Then, not three days later, I was wearing my backup pair of winter gloves–which still had all 10 intact fingers but were nevertheless rapidly unraveling through the seams–when I left them on the counter at New Seasons after some grocery shopping. In the span of about three days, I went from four ratty-but-still-arguably-functional gloves to very cold fingers.

These gloves in the picture, which I bought as a replacement, have been awesome, but in this weather I’m starting to remember the fatal flaw of non-waterproof biking gloves. Recently, the weather has been very typically Portland spring: super dramatic downpours followed by blinding sunshine, then a quick turnaround to more downpours and hail. It’s quite normal to be in the brilliant sunshine and see in front of you nothing but the darkest, most ominous clouds you can imagine (happily, this leads to some pretty spectacular rainbows). My bike gloves, though, have been in a constant state of saturation.

It’s like the weather knows when I’m leaving. It can be super nice out when I run, but the minute I pull my bike out of the garage to actually get to school, the heavens open up and I find myself drenched. So when I get to my classroom, I wring myself out, put my gloves and hat on my heater to dry off, and settle in.

When I leave, it’s the same story. It might be nice out for a little, but inevitably, I find myself being dumped and hailed on. And when I get home, I wring myself out again, put my gloves and beanie on the heater, and, again, wait for them to dry off.

Don’t get me wrong. I love this weather. I don’t mind getting rained on; the drama and excitement of Portland spring is well worth getting soaked. It’s just that my gloves smell so bad from all this soaking and drying. And it doesn’t really seem to be a smell that ever goes away entirely, even after being washed. Or rather, it’s like malaria or something: once you have it, it never quite leaves you, even if there are times when it’s not as bad or when you don’t notice. Someday someone will invent a biking glove that doesn’t succumb to that pernicious mildew smell, and I will be a happy stasia.

But that’s enough about gloves. Next time, something of substance:)